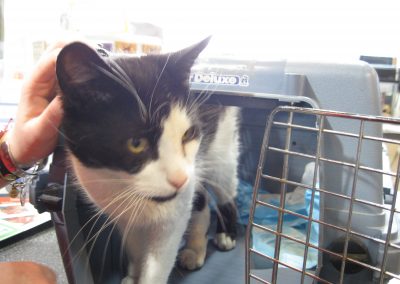 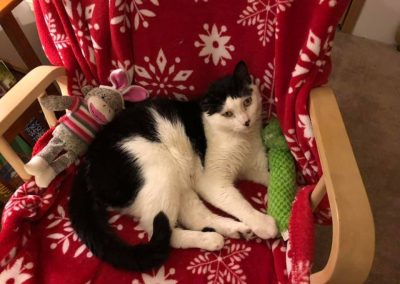 Peter and Bryan are brothers who were abandoned at a condo development in Jamesburg. We were asked to come in for TNR by the caretaker. When we saw how friendly these beautiful boys were, we just had to get them to a rescue where they could be adopted after we had them fully vetted.

Bryan went to rescue first and had to be treated for Bartonella, but was quickly adopted. His mom just loves him so much and sends us regular updates. Peter was sick and needed a lot of TLC which NBHA members provided until he was well enough to be adopted. With his sweet nature, it didn’t take very long for Peter to find his forever home.